“Meditation and Motion” at The Yoga Place 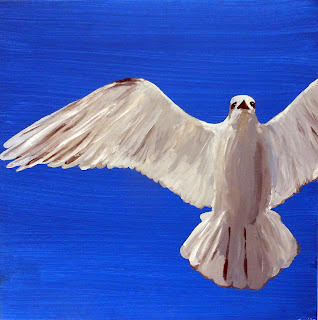 Note the quotes! Meditation and Motion is the title of a solo show by Su Nimon at The Yoga Place in North Canton.  Located just north of Portage on Whipple (right hand side going north), this business has opened its doors to the visual arts in addition to the physical ones.
Su Nimon is a well known local musician, artist, photographer and practitioner of things related to health, meditation and massage, oh and a graphic designer, gallery owner, friend…..etc.  This show has been her focus of late however to feature not only some of her past pieces but many that are new in both content and technique. She considers her painting to be a work in progress on a journey of undetermined destination which makes it all that much more fun. 27 pieces are hung across two walls and set on shelves in this venue that one would not have thought to be such a good spot to highlight artwork. Openness and lighting as well as the soft tones and textures of the floor and walls work well with Su’s deceptively simple canvases.
As I mentioned, some are older pieces which serve to show the development of her skill set and a growth of personal confidence in the creation of more purposeful imagery.  The Peter Max like love notes series of linear layered hearts have given way to figurative images set on slightly textured graduated color field backgrounds. Her innate sense of graphic design is quite evident in the placement of the positive shapes onto the negative backgrounds as to just how much space is broken up, how balance is achieved by offsetting the weight of a shape and the minimalist approach to detail. Too much detail for example would make the image look as if it was just sat on the canvas, but to use just enough to equal the textures found in the negative spaces and the two elements will integrate.
Once one views the pieces up close, reading titles and examining the surfaces, then step back a good 6 feet or more and look at the work again. The strength of design will shine through. Two prime examples of note are “Suddenly Above” and “The Light Fills Me”. The former is of a white dove offset on a square canvas, cut off on one side by the edge as if catching the bird midflight. If centered, the dove would have lost all its sense of movement, but by weighting the canvas to one side, the image literally leaps off the surface. Viewed from a distance, the transparency of the wings backlit by the sun and the shadow on the underbelly to suggest the mass of the bird itself are simply stunning. The other image is figurative, a sense of joy emanating from the female form that is rising out of markings similar to those found in the love notes series. Here too is the use of more detail via flat shapes of dark and light, to create a sense of dimensionality. Not enough to give the figure an identity, but enough to suggest a light source and a turn of the figure to one side. If you know Su, it feels like a self portrait, growing away from the other stylized figurative forms she has used in the past, and spreading her arms open towards new possibilities.
A painting of a large red hibiscus is included entitled “Vitality” which may seem out of place as far as the bold colors and subject matter but it anchors the far wall, outshining its neighbors. Again, viewed from afar, the bloom appears to float on the surface of a bright blue pond, making little white caps all around it, literally vibrating in its contrast.
Do not miss the two 16 x 16 color field paintings at the entrance, which one would not associate with Su Nimon.  Entitled  respectively left to right, ”The Stormy Seas” and “The Fire Within”, both appear to be personal expressions of painting done for the purpose of feeling a brush on a surface perhaps as a form a therapy.  Brush strokes build upon each other to create areas of darkness and light again best appreciated from a few paces away. One will get a sense of immersion either underwater or in the smoke of forest fire. The occasional use of a metallic paint will capture light from the doorway area in an unexpected sparkle that suggests a flickering of light within the paintings’ themselves.
Su Nimon has new beginnings on her horizon, not only as a painter, musician and gallery owner, but as an entrepreneur of the arts district so stay tuned for updates!
Link provided for hours and directions.
The Yoga Place
6990 Whipple Avenue NW, North Canton, OH 44720
Posted by Judi Krew at 10:43 AM 1 comment: 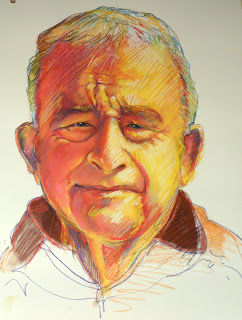 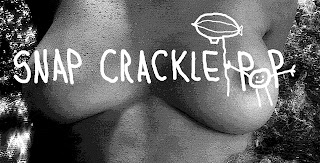