Thank you and other potent pairs 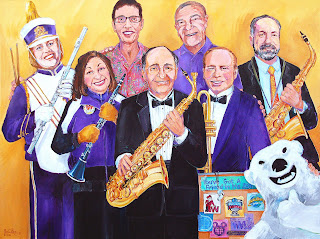 After at least a decade of concerts, last night was the final performance.  The second to last sack lunch after 15 years of this early morning ritual has been completed with the perfect positioning of the cold pack. Tomorrow will not be the last “be careful and stay out of trouble” yelled out the garage door as I think that one lives on forever and ever no matter how old your kids are.
My comments today are on the power of the two words which lead off my title. Whether written or spoken, nothing can change someone else’s moment like these 8 letters. A little kid runs ahead to open the door…say “thank you” and watch him beam (after waiting patiently for him to figure out which one is unlocked).  The words come in many ways besides the obvious as well. One can say thank you to the person who hands you a stack of photos of your child, taken by a professional over the course of a year, who refuses payment because he is trying to say “thank you” to you.
We can say “thank you” to the father who compliments our son for his gentlemanly behavior after escorting his young daughter to a dance. In reality, the “thank you” was meant for us for how he was raised. How does one respond to that? Okay, with a little pride and a little tear and a whole lot of gratitude that the Lord was on duty when needed.
We can mouth “thank you” upon receipt of the traditional red rose to momma ceremony, but in actuality, we are the ones thanking the kids on stage for hours and hours and years and years of musical enjoyment (even while wondering if somebody was shingling a roof with reeds somewhere along the line….). This list could go on and on and on and on……………………………………
My dear friend Jules related the power of these two words during a brief encounter months ago. We have gone our separate ways over the years after an early friendship formed by long afternoons of “one armed baby volleyball”.  No, we did not toss a one armed baby. We would each have a baby on our hip thereby leaving only one arm free and we would see how many times we could keep a ball in the air between the two of us before it hits the ground. Our goal was 100 times, which we only got once, but it sure passed a lot of hours. Neither baby got damaged or dented either. Anyway…..she is now a hot shot VP with a major entertainment resort company and credits those two magic words with most if not all of their corporate success. Why? Because the rule is that after every meeting, significant phone call, donation, meeting (and again, meeting), the company person hand writes and snail mails a thank you note! Even if only a brief line or two, the old-fashioned pen in hand process is used. Her repeat business is close to 100%, just like customer satisfaction and all those other business model statistics with the reason cited as being those hand written notes.  Thanks for the lesson Jules, I have tried to pass it along to everyone I can.
Thanks to the Jackson Symphony Band that can give our local orchestra a run for its money any day. This group did earn top state honors and looks far more professional in its appearance on stage than our local professionals ever do. Matching black gowns on the ladies adds so much more class than the assortment of cheap ensembles I see once a month. I’ve wanted to say that for a long time and maybe someday somebody will say “thank you” to me for saying it out loud and putting it in print.
Thank you to my children’s friends for being good kids with nice parents who give a damn. Thank you to all those guardian angels that stepped in when judgment was wavering and crossroads encountered. Sorry but there is no time off for you as both boys will soon be merging onto the expressway of life. First it was country roads with lots of ups and downs, then some turn lanes got tossed in, four lane roads with cross traffic that does not stop did pose a few challenges, but entrance ramps and exit lanes loom ahead. (Just don’t attempt them in Canada, those roadway engineers were nuts!)
I won’t bore you any longer with my list of those who deserve a thank you. I am sure throughout your day that you too will encounter numerous people who could use a couple of encouraging words. Anybody that wants to open a door for me, have at it. My boys both know that if they are with me, I will come to a dead stop at any door and wait for them to hold it open. My habit struck a chord of fear in son number two on our band trip to New Orleans.  Since I was in charge and walked ahead of 181 people to be sure we got to places on time, he was waiting to see what would happen when I came to a door and a dead stop while 181 bodies kept on going, not knowing that I excepted it to be opened for me. Somehow, he always appeared up in front just in time.
Thank you….for whatever you do today that touches the life of somebody else.
Posted by Judi Krew at 8:38 AM No comments: 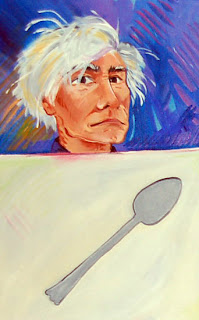 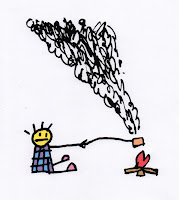